Ambassador Temuri Yakobashvili has distinguished himself as a senior leader in government, international diplomacy, crisis management and negotiations, institution building, and leadership development.

From 2011-13 Yakobashvili served as Ambassador Extraordinary and Plenipotentiary of Georgia to the United States. From 2008-11, Yakobashvili served as Deputy Prime Minister and State Minister of Reintegration in the Republic of Georgia. In those positions, he led the transformation of the failed state into a functioning democracy. The World Bank has credited Georgia as the country with the most effective government reforms in the world, including the most successful anti-corruption efforts.

Ambassador Yakobashvili put his diplomatic and negotiating expertise to use in crisis management during the Russo-Georgian war. After Russia occupied Georgian territories, he developed the internationally recognized Engagement Strategy for dealing with Russia occupied territories of Georgia. He has led negotiations with international organizations and individual states on conflict resolution matters.

Prior to working as Deputy Prime Minister, Ambassador Yakobashvili served as a career diplomat. He holds diplomatic rank of Ambassador Extraordinary and Plenipotentiary. In 2012, he was decorated with Presidential Medal of Excellence.

To develop the next generation of leaders, in 1998 Ambassador Yakobashvili co-founded the Georgian Foundation for Strategic and International Studies (GFSIS, currently Rondeli Foundation), the leading think tank in the Caucasus region. Graduates of its leadership development program now populate the senior ranks of the Georgian and other governments.

Ambassador Yakobashvili holds a degree in physics from Tbilisi State University. In 1998, while at the Foreign Ministry, he pursued mid-career training at the Center for Political and Diplomatic Studies at Oxford University. In addition, he is a Yale World Fellow (2002) and in 2004 participated in the Executive Security Program at Harvard University’s Kennedy School of Government. In 2006 he was a visiting researcher at the Silk Road Study Center of Uppsala University, Sweden. During 2013-14, held the post of the resident Senior Transatlantic Fellow at the German Marshall Fund of the U.S. Fluent in Georgian, English, Russian and Hebrew, Ambassador Yakobashvili frequently contributes to local and international media on regional security and government reform. 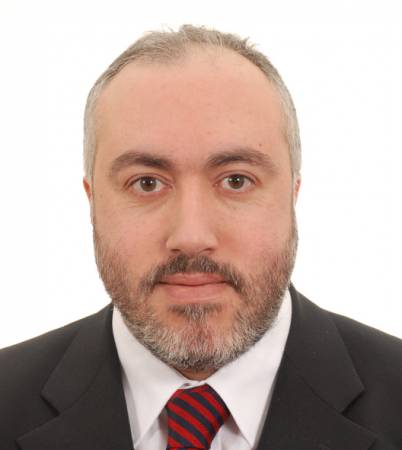